Call it fate. Call it luck. Call it a perfect alignment of the stars. Whatever it was, it started Frederick “Gino” Willis on a rewarding career in highway construction.

Back in 1995, Gino had a job he hated and a car. Two of his friends had jobs they loved, but no car. They convinced him to come to work where they did so they’d have a ride. He did. And he’s been there ever since.

Gino started as a laborer putting together the wooden forms used to build highway bridges. After a few years of hard work, he was promoted to crane operator, and then to foreman, his position today.

He directs a crew that builds virtually any kind of bridge needed. He likes his job, he likes his company and he likes the people he works with. “Everybody works together to get the job done,” he says.

One of the bridges he built sits just a mile from his house. Now, every time he passes it with his family, he says, “That’s my bridge,” to the delight of his two daughters.

In other words, someone who’s a lot like Gino.

“I’d recommend this job to anyone. But you have to work, you can’t just stand around and look.”
– Gino Willis

Got a job building bridges. Rose from laborer to foreman. Built a bridge to a better life.
Employed by Tidwell Construction Company, Douglasville, Georgia 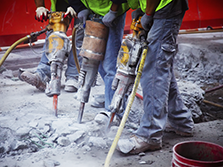 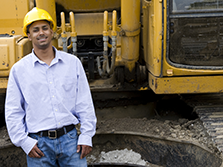 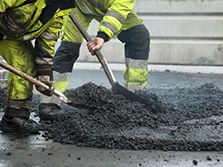 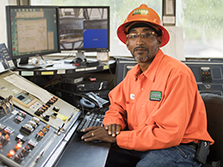 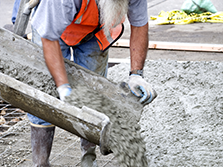 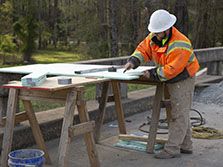 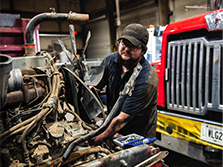 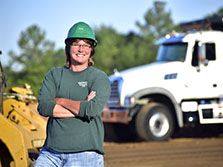 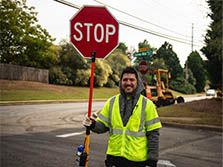 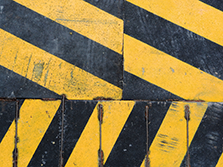 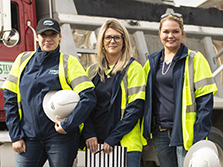 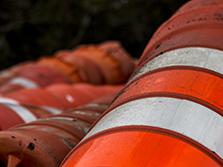 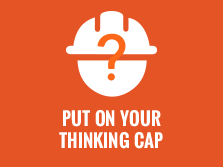 HOW IT'S MADE
Asphalt
Bridges
Concrete
Traffic Control

©2021 GeorgiaRoadJobs.com is an initiative of the Georgia Highway Contractors Association. ALL RIGHTS RESERVED.
Read our Privacy Statement for more information.